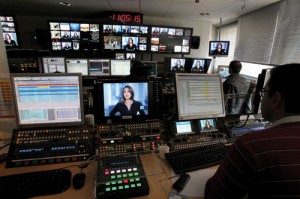 France 24 already broadcasts France 24 in standard definition in French, English and Arabic on the Badr 4 satellite, along with radio services RFI and Monte Carlo Doualiya.

Khalid Balkheyour, Arabsat President & CEO said “France 24 has been a long standing customer since the creation of the channels and we are particularly proud to announce the launch of its HD channels at 26°E By choosing Badr4, France 24 will enrich an attractive ultra-clear content to audience  covering most of Europe, Africa, and the Middle East. Arabsat is committed to continue its efforts to attract premium broadcasters to provide to Arab communities in Europe with crystal clear picture quality and sound”.

Marie-Christine Saragosse, Chairwoman and CEO of France Médias Monde, the group in charge of French international broadcasting including France 24, said “we are delighted to strengthen our ties with Arabsat, allowing France 24 to better serve North Africa, the Middle-East and Europe to reach close to 200 million homes. Thanks to this new agreement, France 24 in Arabic is now broadcast for the first time in HD quality across the region.”