Turner teams up with Canal+ to launch Warner TV 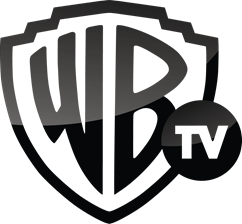 Turner Broadcast has teamed up with Canal+ Group to launch a new channel that will be offered exclusively to the French pay TV operator’s subscribers on all its platforms from its launch on November 9.

The launch of Warner TV in France will bring a brand that is already present in Asia and Latin America to Europe for the first time. Turner has collaborated with Time Warner Group sister company Warner Bros on the rollout of the channel, which will reinforce Turner’s position in fiction channel channels in Europe. TNT is already present in several markets in Europe, including Spain.

The Warner TV premium channel will air a mix of drama, action and comedy series to suit a general audience. The channel will air original productions that Turner makes for its TNT, TBS and TruTV channels internationally, and will also offer series from the Warner Bros catalogue, including some current series.

Warner TV will be the second channel from the Turner group to be included in Canal+ packs in less than two years after the recent arrival of Toonami.

Under the deal, Warner TV will be exclusively available on channel 42 as part of Canal+’s Essentiel Famille pack and will also be in the Free TV Panorama by Canal and Orange Famille by Canal packs.

Jean-Marc Juramie, SVP, content, Canal+ Group said: “We are delighted to be the first operator in Europe to offer subscribers the Warner TV channel on a fully exclusive basis in the French market thereby boosting our offering in terms of series channels and our partnership with the Turner group.”