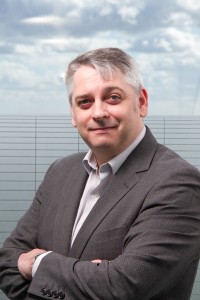 Ericsson’s CTO of broadcast and media services, Steve Plunkett, tells us what to look out for at IBC this year.

It’s almost IBC time again, the flagship European event where the great and the good (and everyone else) of the broadcast industry descend on Amsterdam to showcase and discuss the latest trends and products that will shape our future. Here are my picks for the headline acts we can expect at this year’s show.

The new entrant for major attention this year will be AI, just as it is in most other industries. Recent advances in the field of AI, including high profile developments such as Google’s DeepMind defeating the world’s top Go player and the race to build self-driving cars, are spilling into the broadcast world. Andrew Ng, a Stanford professor and world leading expert on AI, describes it as the “new electricity” which will have a profound impact on business and our lives in general (and it already is in many areas).

So, what do the robots have to offer us? It will change how we engage with and learn more about audiences, increase automation in many business processes and no doubt lead to claims of AI features in many products at this year’s show. In reality, it’s a powerful new tool that will take time to fully exploit and deploy but one that every business should invest time to understand if they want to remain competitive.

Talking of reality, we will also see and hear much about augmented, virtual and mixed reality at the show. Last year saw VR take pole position and this year it will be AR. The new iPhone range, expected to be announced during Apple’s 12th September event, will feature AR prominently and other device makers are embracing the format. AR is already having an impact on TV, in sports studios for example, and there will be innovation in how our mobile devices interact with TV content.

A staple of IBC in recent years, we are seeing continuous product and standards evolution in the transition to a new broadcast tech stack and this year will highlight progress in new implementations and standards such as SMPTE ST-2110. The use of cloud has gone from experimental to maturity in many workloads and we can expect to see more examples of its use and application at this year’s event.

We need to start seeing much clearer examples of how IP and Cloud can not only provide functional equivalence to today’s use cases but enhance them significantly and open up new ones. Like any new and disruptive technology, a cycle of fear, denial, acceptance and exploitation tends to occur and we are in the latter two phases today.

Other areas of interest will include 5G and how it can be leveraged by our industry. I will be speaking on a panel on Monday morning with Intel to discuss this very subject. Finally, there will be plenty of discussion about UHD which has reached technological maturity but not yet widespread implementation in the traditional broadcast sector, so it will be interesting to check its progress.

Ericsson will exhibit at IBC in hall 1, stand D61