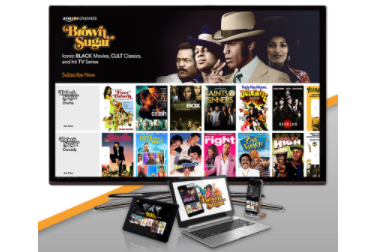 The move means that Amazon Prime members can watch Brown Sugar’s catalogue of movies on the Amazon Channels service. Prime members will be able to purchase a subscription direct, which will also give them access to the service via the BrownSugar.com website and other devices, with a seven-day free trial. The service is available for US$3.99 thereafter.