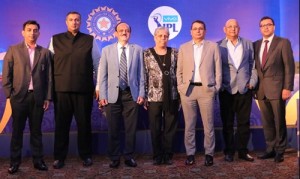 Star India has secured global media and digital broadcast rights for Indian Premier League cricket for the five-year period from 2018 to 2022, after submitting a winning bid of INR 16,347.50 Crore.

“We are honoured to be selected as IPL’s Global Media Rights Partner and we thank the Board of Control for Cricket in India (BCCI) for conducting such a transparent process,” said Star India chairman and CEO, Uday Shankar.

“We look forward to bringing this exciting format to our audiences across the world in a quality that all our viewers are accustomed to both on television as well as on digital on Hotstar.”

“At Star India, we believe that Indian Sport have barely scratched the surface of its potential. Both the viewership of sports and more importantly participation in sports is something that we would like to grow substantially over the next few years. The acquisition of these rights is symbolic of our commitment to not just cricket but to the growth of a wider sports culture in the country.”

BCCI acting president, C K Khanna, thanked all the bidders that participated in the process and said “we have ensured that transparency of the highest form was maintained throughout the process”.