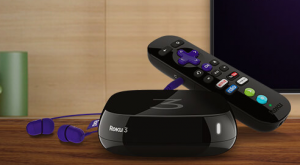 Streaming device maker Roku has filed for an initial public offering at a proposed maximum offering price of US$100 million.

Loss-making Roku filed a registration statement with the US Securities and Exchange Commission on Friday, but said that the number of shares to be offered and the price range for the proposed offering have not yet been determined.

The US IPO will see Roku list shares of its Class A common stock on the NASDAQ Global Select Market under the ticker symbol ‘ROKU’. Roku said it plans to use the offering to increase its capitalisation and financial flexibility.

“We intend to use the net proceeds from this offering primarily for general corporate purposes, including working capital, research and development, business development, sales and marketing activities and capital expenditures,” said the company in its SEC filing.

Roku said that as of June 30 it had 15.1 million active accounts and that its users streamed more than 6.7 billion hours on the Roku platform in the first six months of this year – up 62% year-on-year.

It also noted that the hours of content streamed on the Roku platform that included advertising grew to 2.9 billion hours in the first half of the year, up 76% year-on-year.

Roku makes 59% of its revenue from the sale of its streaming players, and 41% from its platform in the form advertising revenue and a share of subscription revenues.

It also said that TV streaming is “highly competitive” and many companies, including large technology companies, TV brands and service operators, are actively focusing on this industry.

“If we fail to differentiate ourselves and compete successfully with these companies it will be difficult for us to attract users and our business will be harmed,” said Roku.

In a section of its filing addressing market opportunity, Roku said: “We believe all TV content will be available through streaming. The rapid adoption of TV streaming has disrupted the traditional linear TV distribution model, creating new options for consumers and new economic opportunities for content publishers and advertisers.”