BT’s TV base stood at 1.8 million at the end of June. The telco said it had now moved all its legacy Vision TV customers to the more modern YouView platform.

BT’s overall profit numbers were hit hard by the Italian financial scandal surrounding the acquisition of EE. A settlement payment to Deutsche Telekom and Orange meant that reported profits fell by pre-tax profit dived by 42% to £418 million. Adjusted profit fell by 1% to £791 million, while revenue rose by 1% to £5.837 billion. 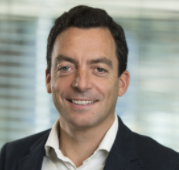 In a major management shake-up, BT has appointed EE CEO Mark Allera as chief executive of a new combined BT Consumer unit that combines BT and EE’s consumer businesses in a single structure.

The new consumer business will operate across the BT, EE and Plusnet brands spanning fixed and mobile networks, consumer products and services and content.

Allera, who takes up his new post on September 1, will replace John Petter as BT Consumer chief. Petter is stepping down after 13 years at BT to pursue roles outside the group.

“This appointment reflects the growing scale and ambition of BT. Marc has led the successful integration and delivered the improved customer experience and strong financial performance of EE. He will lead our continued integration and convergence in consumer telecommunications,” said BT Group CEO Gavin Patterson.

“Together, our senior management team will ensure that BT realises its full potential: connecting customers in the UK and beyond to next-generation digital communications services, content and networks.”

BT has also appointed Cathryn Ross, chief executive of England and Wales water regulator Ofwat, as its new director of regulatory affairs. She replaces Sean Williams, the group’s chief strategy officer, in this role. Williams is leaving BT to pursue opportunities outside the group. Ross will take up her post in January.

“As CCS Insight predicted, the two consumer units of BT and EE have finally come together. This makes perfect sense, will be far stronger moving forward and will realise significant cost savings. However, we still expect the company to continue with its multi brand approach,” said Paolo Pescatore, director of multiplay and media at CCS Inisight, commenting on the Altera appointment.

“That said, some tough decisions lie ahead. The move initially to integrate the financials and now the lines of business inevitably means that the company will move towards one brand much more likely. Combining the billing and service operations will continue to take time before we truly see a single bill from BT for all services.  For consumers there will be significant long term benefits.”