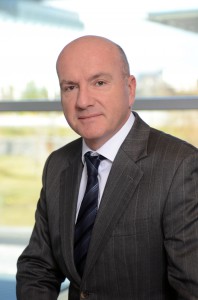 Vilá, who was previously chief strategy and finance officer at the Spanish and international telco, will also replace former Telefónica CEO Julio Linares on the Telefónica board as executive director.

Linares meanwhile will continue to play a role in the company, having been nominated to join the boards of Telefónica Brasil and Telefónica Deutschland. He will also continue to represent the company institutionally in a number of organisations.

Under the structure initiated by Telefónica in 2014, the company’s five operating businesses – Spain, Brazil, Spanish-speaking America, Germany and the UK – as well as the chief commercial digital officer and the chief global resources officer will report direct to Vilá.

Telefónica has also appointed Laura Abasolo as chief finance and control officer, reporting to Álvarez-Pallete. She was previously director of planning, accounting and control.

Álvarez-Pallete’s role will be to “promote the company’s public positioning in the digital ecosystem as a leader in digital transformation in the countries in which it operates and contribute to define the new rules of digital economy”, according to Telefónica.