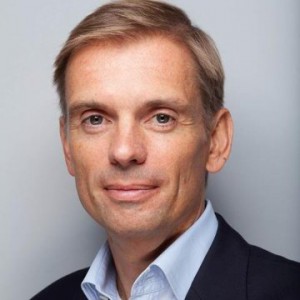 Timm Degenhardt is due to join the German cable operator on August 14, taking from current chief executive Ronny Verhelst, who is stepping down for personal reasons.

Verhelst, who has been Tele Columbus’ CEO and chairman for almost seven years, will leave the company on February 1, 2018 following a five-month handover period.

Degenhardt is due to be appointed to Tele Columbus’ management board on September 1, 2017 for an initial three years.

During his time at Tele Columbis, Verhelst helped to transform the company from a regional infrastructure operator to a digital multimedia provider that ranks third in the German cable market.

He oversaw a financial restructuring, an IPO and the acquisition of fourth and fifth-place players in the market Primacom and Pepcom.

Degenhardt has been at Sunrise since 2013, where he worked first as chief marketing officer before becoming chief commercial officer last year.

Prior to this he was CEO of smart home company Aizo Group and before that worked as senior vice president of marketing and sales at E.ON, based in Dusseldorf.

Tele Columbus’ chief financial officer, Frank Posnanski, who has been part of the company’s management since 2011 remains in his role.