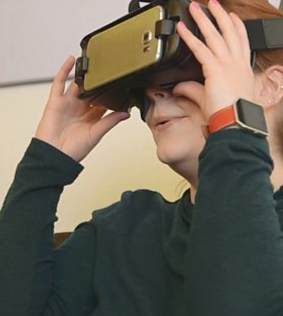 The ability of virtual reality to remove distractions and enable viewers to enjoy an immersive cinema-like experience was one of the key benefits experienced by participant in a BBC research programme on the technology, but key problems must be overcome – notably, a range of issues concerning VR headsets, difficulties with the user interface and sub-par experiences.

The BBC teamed up with Ipsos Connect to conduct in-depth research into how audiences interacted with and reacted to VR, kicking off with research that involved asking participants to use VR headsets over a three-months period.

Participants were drawn to a relatively limited range of experiences including horror stories, rollercoasters and other extreme experiences.

They appreciated experiences that allowed them to “walk in someone else’s shoes” or to experience something they “wouldn’t normally do”, such as skydiving, as well as to learn new things.

According to a blog posting by Tim Fiennes, senior market analyst, audiences at the BBC, participants particularly appreciated the removal of distractions, including when watching 2D widescreen content in a ‘virtual cinema’. This included watching long-form scripted content from mainstream video-on-demand providers as well as music videos.

“We know from broader media behaviour research that audiences will tend to seek out the best screen available when watching long-form video; however, whether a virtual big screen counts ‘as the best screen available’ given the resolution challenges devices currently have is questionable – it would certainly appear the largest though,” said Fiennes.

“Our emerging hypothesis is that headsets provide audiences with a rare opportunity to engage with content utterly free from distraction. The rise of the smartphone being rarely away from one’s side means that it can often be challenging for audiences to be fully immersed in any kind of activity.”

According to Fiennes, successful VR experiences were those that involved a clear narrative journey, those that made the most of technical possibilities of the medium, and those that gave participants time to process and understand what was happening around them.

The study found that major challenges nevertheless stand in the way of VR emerging as a mass entertainment medium. The use of headsets emerged as a major barrier. Participants were alienated by having to find and set up the headset, by being isolated when using it and by finding it awkward to use while seated and having to turn their heads around.

Even when a headset was used, participants found navigating between apps and finding content frustrating and difficult, the study found. One key lesson, said Fiennes, was that audiences “need to exposed to content they might not automatically choose to expand their range of tastes in VR”.

Fiennes warned that VR could experience a “trough of disillusionment” similar that of 3DTV unless concerns are addressed. He said there is a need for consistency and open standards to ensure a “frictionless user experience”, and a need to better understand audience perceptions rather than focus on what the technology can achieve.