NOS grows TV and multi-play base 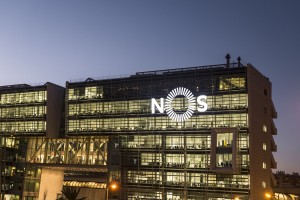 Portuguese cable and pay TV operator NOS grew its base across all its services in the quarter to June, with revenue and profit also increasing.

NOS grew its pay TV base by 2.5% over the year to June, ending with 1.613 million subscribers. The overall number grew over the quarter from 1.608 million, despite a small decline in DTH subscribers.

The company’s advanced TV base, comprising its legacy IRIS service and its UMA TV offering is now taken by 1.024 million homes, up from 1.007 million three months earlier.

Total revenue-generating units numbered 9.524 million, up from 9.155 million. NOS said that over 44% of its base were now convergent customers.

Direct costs grew by 14.4% to €126.3 million as a result of higher programming costs, namely premium sports costs and a revision of the distribution model for premium sports channel Sport TV.

“The heavy investment that we have been making in innovation, in improving the quality of the services that we offer and in increasing the number of families covered by our latest generation networks, continues to contribute towards a significant growth in our customer base,” said NOS CEO Miguel Almeida.

“This commercial success has once again resulted in a very positive trend in the company’s financial indicators in the quarter, despite a fall in revenue per RGU. We have responded to the confidence that the market, households and companies have placed in NOS with our renewed commitment to continue to ensure that our customers get the very best value proposals.”