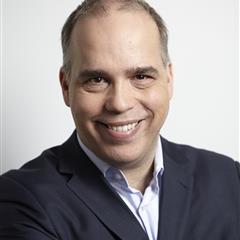 Van Damme will leave at the end of this year, and Wóssner will take over on January 1.

Van Damme’s decision to quit early means that Wössner, who has previously worked for the German telco, including as director of sales and consumer customers, will be able to return to the company. A later decision would have meant he would have “been tied for a longer period”, according to Deutsche Telekom chairman Ulrich Lehner.

Commenting on Wössner’s return, Deutsche Telekom CEO Timotheus Höttges said that his experience with Rogers would be invaluable for the company. He highlighted Rogers early lead in offering 4K television and 1Gbps broadband.

Höttges thanked Van Damme for his 15 years of service and highlighted his role in consolidating the group’s fixed and mobile businesses into a single entity, the build-out and upgrade of networks and an improvement in service quality.

“After intensive talks with our CEO Tim Höttges and the Chairman of the Supervisory Board Ulrich Lehner, I have decided to resign from my current position as of the end of the year. It’s a bit earlier than I had originally intended, but it’s a good fit with my personal life planning and the best way to ensure a seamless transition – similar to the situation with René Obermann and Tim Höttges four years ago,” said Van Damme.

“I am looking forward to this new challenge and wish to thank everyone for the trust they are placing in me. Niek Jan van Damme has my special gratitude for his willingness to help me shape the transition together,” said Wössner.