The spend on programming is up 10% from 2015, with £501 million of it spent on original British titles produced across the UK, according to the broadcaster’s full-year financial results.

Some £169 million was invested in content produced in the nations and regions (outside London), up 13% from 2015, with 55% of first-run originated programming hours produced there.

The figures will make welcome reading for supporters of Channel 4, which is under government pressure to move at least some of its operations out of London.

C4 has also made a range of high profile international acquisitions this year, which include shows such as The Handmaid’s Tale and Fargo.

In addition, Walter Presents was launched in 2016 as C4’s new on-demand service curating a range of foreign language TV shows. Some of this programming is showcased on Channel 4’s main channel and digital net More4, and international spend is likely to have grown as a result.

The Walter Presents-branded foreign language dramas shown on the main channel and More4 reached 22.5% of the UK population in 2016. 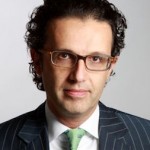 David Abraham, the outgoing Channel 4 chief executive, said: “The 2016 results demonstrate the scale and range of Channel 4’s creative and commercial innovation, with the second successive year of record revenue delivery underpinned by strong digital growth and our highest ever investment in UK-produced content which culminated in the exceptional delivery of the 2016 Rio Paralympic Games.”

C4 is currently gearing up for former Shine Group CEO Alex Mahon to become chief executive, succeeding Abraham later in the year. It also remains on the hunt for a new chief content officer, with Jay Hunt also set to exit.

The broadcaster, which is has a public service remit but is commercially-funded, saw revenues grow £17 million year-on-year, with digital revenues driving the growth.