BT is looking into ways to integrate virtual reality sports with the main TV screen experience, and is looking to capture 360° coverage of sports events in much higher resolution as part of its deepening involvement in VR, according to Andrew Gower, head of the interactive media research group at BT.

Speaking at Marketforce’s The Future of Broadcasting conference yesterday, Gower said that “how to integrate VR into the TV experience” is challenging, and that BT’s activity in this area remains at an experimental stage.

BT has been looking at how to link 360° videos to live broadcast. “We think they will have to complement each other…and be more linked to the normal TV broadcast,” he said.

While most people are unlikely to don a VR headset in the living room, they are likely to snack on 360° content on other devices while watching TV, he said. The action on the companion screen device could be shared on the main TV screen in the form of a picture-in-picture stream.

“We are looking at picture-in-picture that could replicate what you have on a companion screen and sync those together,” said Gower. One challenge for applying this to sports content is that such an application would require the linear stream to be “ somewhat delayed” however. “This requires the user to buy in to the idea that they are watching 40 seconds behind [the live stream],” said Gower. 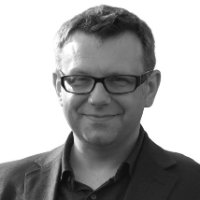 For sports like MotoGP this could be less of an issue that it would be for highly time-sensitive football matches, he said.

Gower said that creating a 360° video experience for football in general is “challenging”.

BT is also starting to look at capturing content in higher than 4K resolution – meaning capturing it in 8, 12 or 16K to start with – in order to improve the quality of the VR experience. Gower said that “how to increase the quality of equirectangular video…delivered as a VR experience”, is a key objective for BT.

One way to do this is to capture 180° rather than 360° streams. However, another solution is to stream only the part of the field of vision that viewers are focusing on at any one time. Gower said that, in VR, people are typically only looking at a part of the screen. BT has worked with Huawei and Tiledmedia to capture very high resolution video, initially in 8K, to extract out the specific viewpoint of an individual, which is delivered to the viewer instead of transmitting the whole 360° field. He said this approach required “very low latency networks”. However the benefits include delivering a higher quality VR experience, potentially without the need for very high bandwidth to deliver the video to end-users. Gower said that the technology can also work on lower less processor-capable mobile phones.

“Because we’re not thrashing the processor, the battery live on these phones should be longer too, which has also been an issue,” he said.

He said that 360° workflow would evolve as a result of the introduction of this ‘field of view’ approach. As content gets rendered the metadata about the field of view is passed back to the encoding system, which provides “hopefully less than a 20 millisecond delay”, he said.

Gower said that BT had identified a number of other challenges as a result of its work in VR to date. He said that 360° video contribution remains challenging. Each stream from a 4K capture for football requires 135Mbps. As that is scaled up to include 8K or higher for field of view rendering, this means contribution streams of 540Mbps or more. “That is best effort. If we tried to make it secure you are talking about 5Gbps, which is a large number,” he said.

BT has already completed a number of VR trials, including the 360° broadcast of Champions League football on YouTube for Google Cardboard.