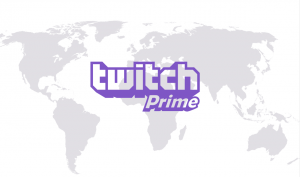 Amazon-owned Twitch has rolled out its premium Twitch Prime service globally, launching the service in more than 200 countries and territories.

The new global launch extends the service outside of the US, UK, Canada, Germany, Austria, France, Belgium, Italy and Spain, and comes after Amazon rolled out Prime Video in more than 200 countries and territories in December.

“Since the launch of Twitch Prime, there have been a lot of requests from eager Twitch fans about making Twitch Prime available in more countries. Well, that time has finally come,” said Twitch in a blog post announcing the expansion.

Twitch Prime offers users: free game ‘loot’, such as characters, vehicles and skins; ad-free viewing of Twitch content; exclusive emotes and more chat colours; and discounts on new-release games sold by Amazon during the pre-order period and for the first two weeks after launch.

To celebrate the global expansion of Twitch Prime, the company said that during June it will make Twitch-themed apparel available to all Prime members in one of the service’s most watched games: PlayerUnknown’s Battlegrounds.

Twitch is a video platform and community for videogame enthusiasts. Amazon acquired it for US$970 million in cash in August 2014.