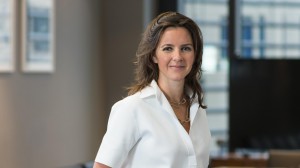 She will succeed current incumbent David Abraham in the autumn after winning a competitive interview process.

Mahon is currently chief executive of UK-based visual effects company The Foundry, but is best known in TV circles as the final CEO of Shine before it merged with Endemol to form the Endemol Shine Group.

“Alex is an outstanding leader and a highly experienced CEO who has developed and grown major international businesses in both the creative and technology sectors,” said Channel 4 chairman Charles Gurassa.

“She brings an impressive combination of relevant experience and is brilliantly placed to help steer Channel 4 through the competitive challenges and opportunities ahead.

“She is a great enthusiast for Channel 4 and its unique public service remit and her recent work with government will be valuable in facilitating constructive dialogue with the new administration.”

Besides succeeding Lis Murdoch as chief exec of MasterChef creator Shine, Mahon worked at Talkback Thames as COO, was director of commercial development at the prodco’s parent, FremantleMedia, and was a senior strategist at Fremantle parent RTL Group.

Her exact start is yet to be confirmed, with Abraham is currently preparing to launch his own business.

Mahon had faced competition such as Channel 4 chief creative officer Jay Hunt, whom many regarded as frontrunner, though she pulled out last week after the Conservative government pledged to move the commercially-funded, public service broadcaster to Birmingham from its current location in the UK.

Reports suggested Hunt disagreed with plan, which would decentralise jobs from London. Mahon will now anchor those the difficult negotiations, with most within Channel 4 believing it should stay in the capital.

“Channel 4’s unique remit to innovate and to appeal to young and diverse audiences make it an essential part of British culture,” said Mahon. “There is nowhere in the world like Channel 4 and, in these changing times, its mission is more important than ever. I’m incredibly proud to be joining Channel 4 and bring to it experience both of leading creative organisations at scale and dealing with an environment of constant technological change.”