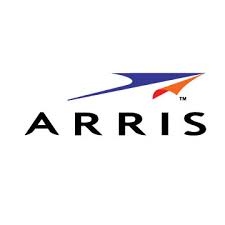 Danish cable operator Stofa has selected Arris to provide equipment for the upgrade of its network to delivery Gigabit speeds.

Fruekilde said that Stofa’s competitors were already offering synchronous high-speed services and would be in a position to offer Gigabit speeds next year. He said that Stofa wanted to compete effectively and also integrate OTT services such as Netflix, which he regarded as “another channel” on the platform.

Stofa decided to deploy DOCSIS 3.1 a year ago, which Fruekilde said would enable it to achieve its goals at a fifth of the cost of deploying fibre to the home.

Fruekilde said that the local Antenna associations through which Stofa reaches a large number of end consumers were fully on board as they were facing demand for higher-speed services from their customers.

Fruekilde said Arris’ understanding of the whole Stofa network and ability to deliver a tailored offering had been central in the company choosing Arris.

Arris is supplying its E6000 platform, which can support Remote PHY implementations. Stofa is implementing a Remote PHY architecture, which can deliver greater capacity and reduce cost and power consumption.