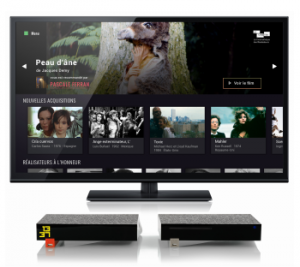 French service provider Free has added movies on-demand service LaCinetek to its Freebox offering – the first time the service has been made available by an IPTV operator.

The service, which features classic movies of the 20th century chosen by international directors, will be available from June on the Freebox Révolution and Freebox Mini 4K services.

The idea behind LaCinetek is to allow 45 top international directors to present and comment on their top 50 movies of the last century, including the likes of Jacques Tourneur’s La griffe du passé, chosen by Bertrand Tavernier, the Coen brothers’ Blood Simple, chosen by Jacques Audiard and Fellini’s La Dolce Vita, chosen by Cédric Klapisch.

The VOD service has a catalogue of about 600 titles in SD or HD quality, available from €2.99 each.

LaCinetek was launched two years ago by a group of French and international film directors and Meilleurs du Cinéma, the group behind video-on-demand platform Univers Ciné.

The service has been available via the LaCinetek website, but the group behind the project stated their ambition at the time to make it available on IPTV boxes.