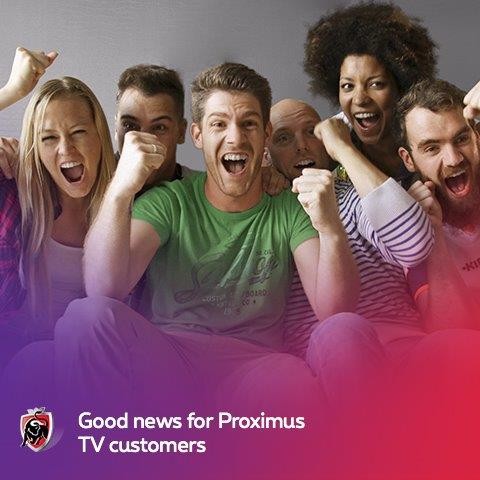 Belgian service provider Proximus has struck a deal with the country’s Pro League to secure broadcasting rights to Jupiler Pro League D1A football for the three seasons to 2020.

The agreement means that Proximus customers will be able to watch Jupiler pro League matches along with exclusive coverage of the Proximus League and Champions League.

The deal follows agreements between the League and rival service providers Telenet and Voo, which will also air the Jupiler League games on a non-exclusive basis. Telenet additionally has exclusive internet rights to the matches, and holds the rights to the live broadcast of the country’s Super Cup for the next three years.

The Pro League indicated at the time those deals were announced that they were non-exclusive and that it remained open to other candidates. Rival player Orange was also in contention but failed to strike a deal that was acceptable to both parties.

Proximus meanwhile also recently boosted its football line-up via a deal with Eleven Sports network, which airs matches from other European national competitions.

Proximus will make its entire sports offering available on TV, PC, tablets and smartphones through Proximus TV and Proximus 11 websites and apps.