TF1 Group-owned Newen will seek to invest in high-end scripted series from the UK to build up its portfolio of English-language content through sales arm Newen Distribution.

The move opens up another avenue of finance for the UK’s drama prodcos, coming soon after Barclays Bank announced a £100 million (€118 million) pot for SVOD production. 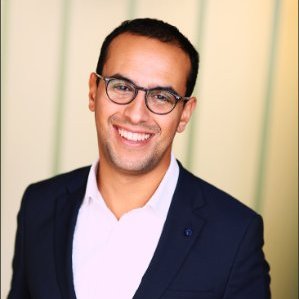 The news comes soon after Newen moved Julien Leroux to London to lead a UK office as executive VP of sales and coproductions.

He will work closely with Newen Distribution managing director Malika Abdellaoui to identify three or four “outstanding” dramas, which could be limited or returning series, and that have international potential. Newen will offer producers early access to presales in major European territories.

“We all know the challenges distributors face in funding drama in the UK market,” said Abdellaoui. “We believe that it is the perfect time to be proactive in the UK, offering producers cash at an early stage, rapid decision-making and privileged access to major continental European markets, as well as our strong worldwide trading relationships.”

She added that Newen was “ready to take risks, and thanks to its own production pipeline, can offer far more than just investment”, and told DTVE sister title TBI she would also seek to bring French projects into the UK.

Newen expects to announce its first project within the next few months.

The company, which owns a number of French prodcos and Dutch firm Tuvalu Media, counts Canal+ English-language drama Versailles and upcoming Netflix series Osmosis among its credits. Subsidiary Capa Drama is attached to both shows.

The company’s management, lead by Larue, sold a 70% stake in the business to French commercial broadcaster TF1 in 2015.