More than two thirds of US homes have a connected TV 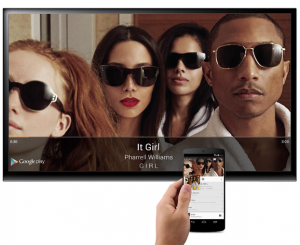 This is according to new stats from Leichtman Research Group, which said there are now more connected TV devices in US households than there are pay TV set-top boxes.

It also said that for people with a connected TV set, 76% have more than one connected device, with an average of 3.5 per connected TV household.

“Connected TV devices continue to expand both in terms of the percentage of US households that have connected TV devices and the frequency that people are using them,” said Bruce Leichtman, president and principal analyst for Leichtman Research Group.

“Yet, with 81% of connected TV households also getting a pay-TV service, choices provided by connected TVs are generally being integrated with traditional viewing options.”

The research counts any TV connected to the internet via a smart TV set; a stand-alone device like a Roku, Chromecast, Amazon Fire TV stick or set-top box, or Apple TV; a video game system; or a Blu-ray player.