Orange to ‘virtualise’ its TV box 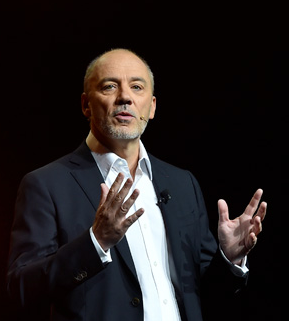 Orange is to ‘virtualise’ its set-top box, removing the TV decoder from its dual-box Livebox device completely within the next five years.

Interviewed by O1netTV at Orange’s Show Hello event in Paris, Stéphane Richard, CEO of Orange, said the virtualisation was a “revolution in the architecture of the system”.

He said Orange currently used the Livebox to fulfill two functions – connectivity and distribution and storage of TV and media content. He said Orange planned to use the box only to provide connectivity with other functionality placed in the network. The box will disappear into the cloud. He said Orange would double its data centre capability to handle the change.

“The next box of Orange will be a non-box,” he said, adding that TV services would be delivered from the cloud. The company will begin the process of virtualising the box next year, said Richard. He said that the change will be managed progressively, but added that in “three to five years” there will be no second box in Orange homes.

Orange said that it planned to transfer services and functionalities from the box to remote servers in the network, enabling users to access them and manage them from wherever they are.

The company said that virtualisation will eliminate material constraints, allowing data, technical resources and services to be shared from one Livebox to another through a secure Orange connection.

Orange plans to move DVR functionality to the cloud in France from next year, following a pilot in Romania and a launch in Poland later this year.

Orange deployed the latest – and ultimate – version of its Livebox decoder in May last year. The set-top part of the dual-box device is Ultra HD-capable and includes a 1TB hard drive.

In his interview, Richard said that investment in content was becoming more important for telecom operators. He deflected a question about the company’s relationship with Canal+, saying only that Orange’s relationship with the pay TV operator was “very pragmatic”. He said consumers wanted freedom to purchase pay TV services from multiple sources, and that he did not believe in exclusive distribution of pay TV services on specific platforms.

Ricahrd rejected the idea that Orange should adopt a strategy of producing its own exclusive content, focusing instead on acting as a distributor. However, he said that the renewal of Orange’s contract with HBO on an exclusive basis was evidence of the strength of OCS.

In addition to virtualisation of the Livebox, Orange used Show Hello to announce a new voice-enabled assistant, Djingo, that can be used to stream programmes or launch or control other devices in the home. Djingo is available via the remote control of Orange’s most recent TV box, and comes with its own speaker that can be controlled by voice or text.

Orange is also branching out into new areas including banking, launching Orange Bank, a mobile phone banking service that will be available for the general public in France from June.

Richard said that competition was intensifying in France but prices were declining, and that is necessary to diversify. He said Orange had a target that the banking offer should attract two million customers in 10 years.

Also in his interview with 01netTV, Richard also said he did not believe the four-operator environment in France would change soon, following the failure to secure the acquisition of Bouygues Telecom.