A US court case ordered the providers of set-top boxes Cres TV and Shava to pay a group of broadcasters more than US$25 million (€23 million) in damages for infringing their copyright.

The US District Court for the Eastern District of Virginia ruled Shava and Cres TV had illegally retransmitted and distributed signals from a number of Arabic TV broadcasters via set-top boxes and ordered related IPTV services to be shut down and their owners to pay out a total of US$25.6 million.

The ruling marks the end to the latest clash between traditional broadcasters and digital streaming companies that retransmit their signals via the internet. 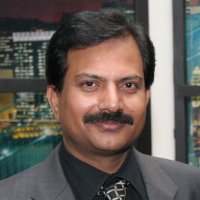 “Perpetrators of pirate TV services think they can get away with it, but as this ruling proves, it’s only a matter of time before the law puts an end to illegal streaming schemes,” said Jaideep Janakiram, senior VP of international business and head of the Americas at Sony, whose Indian subsidiary MSM Asia was a plaintiff in the case.

“The defendants deceived customers by illegally using our broadcast feed and logo, making the service look legitimate. Dealers and consumers must educate themselves on legal alternatives, otherwise, they will continue to waste their money on products that will become worthless.”

MSM Asia and others including Viacom18 Media, Star India, Dish Network, MBC and Al Jazeera Media Network brought the case against Canada-based Imran and Naeem Butt and a number of related defendants back in 2015.

The Shava and Cres TV boxes were sold in the US, offering customers a rage of TV channels that the plaintiffs claim looked for all intents and purposes legally distributed and branded.

“This decision reinforces the fact that services streaming video without copyright authorisation are blatant infringers and will be held accountable by the courts,” said Alex Fonoroff, senior corporate counsel at Dish.

“Enforcement efforts are underway, and as ISPs terminate service to the Shava and Cres networks we expect to see piracy on these boxes come to an end.”

The International Broadcaster Coalition Against Piracy congratulated the broadcasters and applauded enforcement of the order against retailers and other sellers of the Cres TV and Shava IPTV services.

It noted another US court had made a similar ruling stopping IPTV services of tech company Lool must be stopped from streaming international channels in the US.

Shava and Cres’s founders could not be reached for comment before press time.