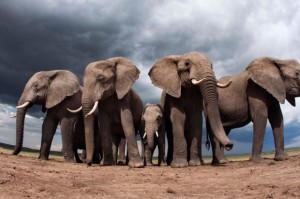 Google will have a raft of BBC content on its relaunched Google Earth service.

The internet giant is refreshing its maps and mapping service and has struck a deal with BBC Worldwide, the commercial arm of the UK public broadcaster, and Earth will now have BBC footage from what it calls its Natural Treasures collection.

Natural Treasures will sit within a revamped feature on Earth called Voyager, which launches today.

Google Earth users will be able to journey through 30 locations via the BBC footage, across six habitats: islands, deserts, grasslands, mountains, cities and jungles.

The BBC said users can embark upon curated journeys, with filmed insights from its wildlife producers, imagery and clips from series including Life Story, Africa and Planet Earth II.

There will also be video from the BBC’s app The Story of Life including various Sir David Attenborough’s clips.

“We’re delighted to be strengthening our decade-long partnership with Google by pursuing a common goal to bring audiences everywhere even closer to our incredible planet,” said Jackie Lee-Joe, chief marketing officer at BBC Worldwide.

Through this partnership, we’re leveraging BBC Worldwide’s iconic brand and content to deliver audiences a new way to experience the natural world. The BBC has been capturing and sharing the natural world for over 60 years, and now we’re further innovating how we tell these stories.”