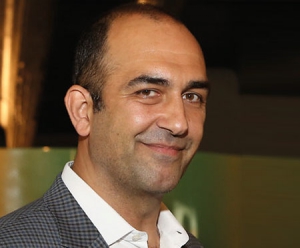 ProSiebenSat.1 Group-backed multichannel network Studio71 has named a new management team to take over from founders Sebastian Weil and Ronald Horstman, with US chief Reza Izad to become global CEO.

Weil and Horstman are leaving the company at their own request at the end of June.

Sebastian Romanus will join the company as joint managing director on June 1 from Maker studios, where we was responsible for the Disney-backed MCN’s German business. He worked at ProSiebenSat.1’s marketer SevenOne Media from 2005 to 2007, and has also held posts at Deutsches Sport-Fernsehen and Goviral, where he acted as managing director for the German-speaking region.

Johan Griebl, a co-founder of the MCN who was previously responsible for artists and content as senior vice-president, will also serve as joint managing director alongside Romanus.

Izad meanwhile will report to ProSiebenSat.1 executive board member Christof Wahl in what the German broadcast group describes as a realignment of Studio71’s international organisation.

Wahl said: “In founding and developing Studio71, Sebastian Weil and Ronald Horstman created one of the world’s biggest and most successful online video companies from scratch with distinct entrepreneurial talent. I very much regret their departure and would like to thank them for their excellent work over the past four years. At the same time, I am delighted that the experienced founder and manager Reza Izad will now be taking on the global role as CEO of Studio71. He will step up the international expansion together with our new managing directors Sebastian Romanus and Johann Griebl.”

Weill said: “When we launched Studio71 in 2013, we had no idea how big this company was to become. So we are all the more grateful to ProSiebenSat.1 and the fantastic Studio71 team that we have been able to achieve this together. We wish the new management team all the best and look forward to watching the further development of Studio71.”