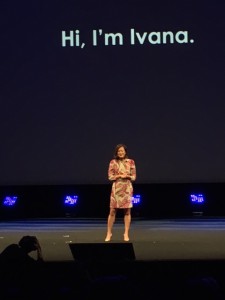 US OTT TV service Go90 has revamped the way it organises its channels and has introduced ‘algorithmic programming’ to present shows to its target audience on the basis of data gathered by the platform, Ivana Kirkbride, the service’s chief content officer, told a MIPTV audience today.

“We saw that our initial eight channel approach to programming was not working at Go90,” Kirkbride said. The youth-focused OTT service has created four channels to replace the previous line-up, comprising Go90 Saga, Go90 XO, Go90 Zone and Go90 Session.

“Combined with a personalised recommendation engine and algorithmic programming, [this] will help connect audiences with the programming they love,” said Kirkbride.

Scripted show [email protected] and food-based reality show Epic Mealtime are two of the programmes cited by Kirkbride as “leaning into what the audience wants” through data. [email protected] season 2 will premier on Go90 on May 9.

“Leveraging data… is key for the mobile first generation,” she said.

Shows of 10-20 minutes in length fill gaps in available time for the platform’s young target audience, she said. Live sports and scripted drama work best for Go90, but programming has to be tailored for the platform on which it is viewed.

The kids who view Go90 “want more” content, including premium content, said Kirkbride, who added that children and youngsters are spending more time consuming media than eating and sleeping combined.

Kirkbride said that ‘micro-windowing’ of content could be used to increase viewing and revenue, through a mix of advertising and subscription.

“Digital is not disrupting traditional…but expanding it,” said Kirkbride. She highlighted the emergence of new formats with mass appeal for younger audiences, such as eSports.