Liberty Global: the set-top box remains ‘a means to an end’ 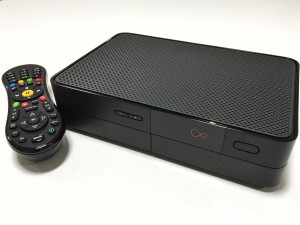 The set-top box remains a good means to an end, but a future move to a cloud-based solution would be of interest to Liberty Global, according to the pay TV giant’s VP of entertainment products.

Speaking on a panel session about market growth opportunities at TV Connect in London yesterday, Mark Giesbers said that while the STB will remain a staple of the TV industry in the short term, Liberty Global is “not married to the idea of a set-top box”.

“Probably nobody here, unless you work for a set-top box manufacturer likes the set-top box, or loves it for that matter,” said Giesbers.

He claimed it should not be seen as a privilege to give premium consumers “this energy-consuming thing” to keep in their homes – “that’s not the point”.

“The point is of course at the moment it’s our only means to provide certain quality levels, or the ability to record stuff for instance,” he said.

“As soon as that finds a different way to manifest itself – make it smaller, hide it behind a television like the dongle-like devices, or even go to the cloud for that matter so we simply don’t need hardware anymore – we’d be very interested to do that.”

In Q4 2016 Liberty Global launched its new EOS set-top box in a number of markets – including the UK via Virgin Media – as part of a plan to consolidate its next-generation set-top box platforms.

Speaking to DTVE ahead of this month’s Cable Congress event in Brussels, Liberty CTO Balan Nair said that the company plans to make the EOS box the standard set-top for all from next year.

“From 2018 it will be our primary box and it will be available with both hard drive and cloud-based versions,” saids Nair, adding that the ultimate aim is to deliver recording functionality entirely from the cloud, without the need for a hard drive in the box.