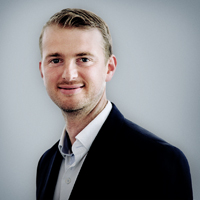 Changes in content creation and distribution are being driven by “consumer pull” factors rather than technology-driven “push” initiatives, with low-cost cloud-based technology enabling broadcasters to launch new services and channels that could be tested out without a huge investment, according to a panel of speakers at TV Connect this morning.

“Every decision we make has a ‘fan lens’ in front of it. We have to make sure it makes sense to them,” said Friend.

Despite the changes taking place, Friend said that Turner is still launching linear channels in different countries. “We sometimes have different answers for different places,” he said, citing the example of recent launches in Turkey and France. However, Turner’s new Filmstruck movies on-demand service in the US is an example of moves towards addressing growing demand for non-linear consumption, he said.

Friend said that “owning your rights” is now critical for broadcasters to enable them to respond to changing consumption patterns. “We are prioritising development of our own programming as part of that,” he said.

He said that Turner now looked at key franchises “across every single touchpoint” including YouTube and social media. “We have been working with IMG [the Dubai theme park owner] to create characters and give people the ability to engage with those characters…in a live physical environment,” he said.

Friend said that cloud playout was now enabling companies like Turner to launch pop-up channels economically, enabling them to test out new ideas, which had not been possible before.

He said that it was “fundamental” that Turner mastered data, citing the creation of the Turner data cloud, an initiative to bring data from all the company’s activities together in one place. “We’ve gone through that process…to be able to understand all the data points,” he said. “We can then focus on the decisions we can make better because of data.”

Data relates specifically to advertising revenue. Friend said that Turner, Fox and Viacom had created a federated platform, OpenAP, to help advertisers buy targeted demographics across multiple channels, based on standard ways of measuring digital audiences. He said more information would be available about the platform on April 7.

Speaking on the same panel, Steve Reynolds, CTO, Imagine Communications, said that the proliferation of linear channel launches was being enabled by cloud technology, allowing services to be launched much quicker and at lower cost than before. The same technology shift is enabling broadcasters to launch new non-linear services in response to consumer demand too.

Reynolds said that this enabled broadcasters to test services and respond quickly to shifts in demand from their audiences.

Reynolds said that content companies could “no longer create content for specific platforms”. They had to be able to create clips for social media and other distribution channels.

“We’ve trained an entire generation to consume on demand and that has changed the way they interact with video. That is now playing back into content production,” said Reynolds.

“People are now creating channels in the cloud for the cloud…specifically for OTT distribution.”

He cited the example of Imagine’s work with Disney, enabling the US media company to launch pop-up channels for short periods as well as to launch channels around specific characters to see if they appealed to the target audience.

“You now have a set of tools that you can use to test out new ideas…and business models,” he said.