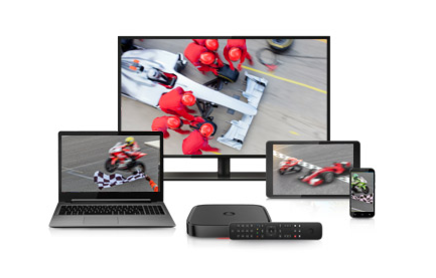 Vodafone España has secured rights to Formula 1 motor-racing thanks to an agreement with Telefónica’s Movistar+, and has begun marketing a new offering, Vodafone Motor, including Formula 1 coverage, for €10 a month.

Vodafone has also revamped its sports offering with the launch of a new package, Vodafone Sport, for €25 a month, combining the Formula 1 service with the existing football package and Eurosport’s two channels.

The Formula 1 deal comes via an agreement with Movistar+, which has been obliged to share a proportion of its premium content rights with rival providers by regulator the CNMC.

Vodafone is providing additional interactive functionality around its motorsport offering. The operator is providing the ability to view the action from different angles as well as enabling cloud-based recording of content.

Vodafone Motor includes Formula 1, MotoGP, Moto2, Moto3 and  the Movistar Formula 1 and Movistar MotoGP channels, as well as other services including Garage TV and Motorsport.

Vodafone is also offering a service targeted at bars and restaurants for €57.19 a month.