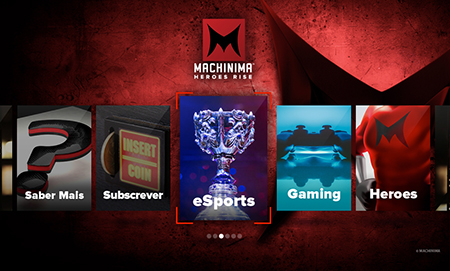 The service will be available for Meo ADSL and fibre customers via the MEOBox, with an associated monthly fee.

Machinima teamed up with AMC Networks International Iberia last year to create an SVOD service for Spain and Portugal, offering a mix of video games, eSports and animation content.

AMC Networks International Iberia and Latin America senior VP, strategy and business development James Glassock said at the time that the tie-up would enable AMC to tap into one of “the new pillars of pop culture”.

AMCNI and Machinima said at the time that the service would be available on pay TV platforms, smart TVs and as iOS and Android apps in Spain and Portugal.