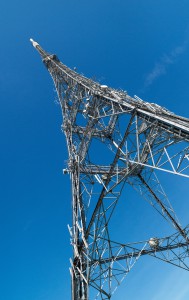 Freeview is to quietly begin the process of clearing the 700MHz spectrum – which it is being forced to relinquish by Ofcom to make way for mobile services – in the Scottish Borders at the beginning of March.

BBC channels broadcast from the Selkirk transmitter will change frequencies on the morning of March 1. Viewers will be required to retune their TVs or set-top boxes to continue receiving the public broadcaster’s standard-definition services.

The move, which has received little or no publicity, will affect about 18,000 homes in the Borders. Freeview said that BBC HD services will not be affected. YouView set-tops, including those provided by BT TV and TalkTalk, will also require retuning.

Freeview said it run an information campaign to prepare people for the change, including advertising and on-screen messages.

According to a trade and industry briefing issued by Digital UK, most aerials are expected to be capable of receiving a reliable signal following the changes. However, it said a small proportion of group C/D aerials may need to be updated to wideband models.

Digital UK warned that there would be some temporary outages between February 28 and March 1 during the changeover. Homes served by Selkirk’s relay transmitters will not need to retune.

A simulcast of the BBC A multiplex will continue to be broadcast on UHF channel 50 until March 29 to help viewers who may require support to receive UHF channel 32. An outfit called Digital Mobile Spectrum Limited has been charged with providing TV aerial support during the transition.

The Selkirk move is the first part of a nationwide programme of 700MHz clearance to be carried out between now and 2020, following Ofcom’s decision in 2014 to make part of the 700MHz band available for mobile services.

Ofcom claims that fewer than 1% of households will need to replace their rooftop aerials during the 700MHz clearance programme.

The wider programme of 700MHz clearance is expected to begin in earnest in July, following Ofcom’s decision in October last year to press ahead with an accelerated transition in the face of opposition from broadcasters.

The timetable for clearance could require some services to be converted to the DVB-T2 modulation scheme if the full range of Freeview services is to continue to be broadcast after the switchover, something that may be difficult to achieve by 2020. Older Freeview devices are also not able to receive DVB-T2 signals.