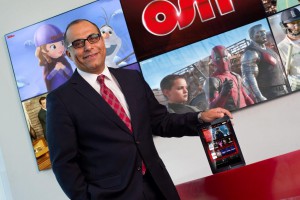 The agreement also covers first-pay movies from across The Walt Disney Studios, the launch of a Disney-branded HD movie channel and the Academy Awards.

The Disney Forever On Demand service will launch in the coming months, according to OSN.

The deal will enable OSN to keep exclusive rights to Disney Channels, making OSN the home of Disney XD, Disney Junior and Disney Channel HD in the MENA region.

The agreement will enable OSN customers to view blockbusters from Lucasfilm such as Rogue One: A Star Wars Story, Marvel titles including Doctor Strange, Disney·Pixar films such as The Incredibles 2, as well as top quality ABC Studios shows including Scandal and How To Get Away With Murder, among others.

Disney XD will introduce Arabic dubbing in 2018 joining Disney Junior and Disney Channel HD, which are already available with Arabic dubbing or subtitles.

Emad Morcos, chief content officer, OSN, said: “We are continuing to build on our strong collaboration with Disney through an even wider range of content that appeals to family and kids. The quality of Disney entertainment is unbeatable and the addition of more On Demand anytime, anywhere shows will offer added choices for our customers. Our long-term partnership with Disney is industry-defining as it raises the bar in home entertainment and brings even more value for our subscribers.”

Chafic Najia, general manager, Disney Middle East & North Africa said: “We are delighted to build on our long-standing and dynamic relationship with OSN across the MENA region. Through offering new, dedicated channels and services, families across the Middle East and North Africa can access the premium family entertainment that Disney is world-famous for. Everyone has their own Disney favorites, and they can enjoy them and more with OSN.”