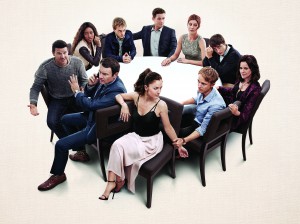 Virgin has been pushing into exclusive content in order to differentiate against pay TV rivals Sky and BT, previously taking exclusive rights to series including Kingdom and Magic City, as TBI first reported.

Season one of Full Circle, from Neil LaBute, follows a cast of characters such as Tom Felton and Minka Kelly as their lives intertwine before culminating in a devastating conclusion. Season two follows a whistle-blowing cop in Chicago, while season three is set in the midst of a US presidential election campaign, during which a charismatic senator wakes up next to a drugged and beaten prostitute but has no recollection of events.

Season one has been made immediately available through Virgin Media’s on-demand box-sets collection hub, with season two and three launching in April and July respectively.

FremantleMedia International sells the show globally, having acquired rights upon the show’s announcement in April 2013.

Bouchier has scored deals with wide-ranging content deals with Turner and UKTV, and is co-leading a four-title drama-development pact for Virgin parent Liberty Global.

Virgin’s cousin in the LIberty portfolio, All3Media, will produce the selected shows, which will play on Liberty cable platforms around the world.