Piksel names Gerry O’Sullivan to board 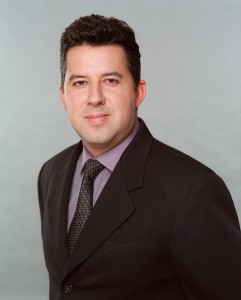 Piksel has appointed former Sky and Deutsche Telekom executive Gerry O’Sullivan to its board of directors.

O’Sullivan’s appointment follows that of Discovery CTO John Honeycutt to the board.

After 10 years at Sky, he led Deutsche Telekom’s global TV and entertainment businesses where he launched a multichannel offering including IPTV, satellite, hybrid and a range of video and media OTT and second screen platforms across Europe.

Most recently, as interim CEO for Digicel’s TV group, he launched a number of cloud-based IPTV and quad-play services throughout the Caribbean, South America and the Pacific.

“I have stated many times that I believe innovation in online video is where the future of the broadcasting and pay TV business will evolve. Piksel has demonstrated that it can deliver new and innovative experiences to its client’s customers,” said O’Sullivan.

“I am honoured to have been asked to join the Piksel board, and I look forward to working with Peter and the entire executive team.”

Bill Russell, Piksel’s non-executive Chairman said: “With Gerry O’Sullivan and John Honeycutt (CTO, Discovery Communications), Piksel now has a depth of hands-on experience and proven success rarely seen at the board level in privately held technology companies.  The ability to attract world class talent such as Gerry and John makes me very proud of what Piksel as a company has accomplished.  Gerry’s extended global experience is exactly what we were looking for to help guide us into the future.”