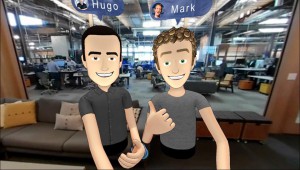 Facebook has hired former Xiaomi and Google executive Hugo Barra to lead all of its virtual reality efforts, including its Oculus team.

Announcing the move in a post on Facebook, company CEO Mark Zuckerberg said that Barra “shares my belief that virtual and augmented reality will be the next major computing platform”.

“They [VR and AR] will enable us to experience completely new things and be more creative than ever before. Hugo is going to help build that future and I’m looking forward to having him on our team,” he said.

Barra, in his own Facebook post, confirmed that he would take up his new Silicon Valley-based role as Facebook’s VP of VR “in a couple of months”.

He said his mission at the company would be to “make technology breakthroughs quickly and readily available to the widest possible spectrum of humanity”.

News of the appointment comes in the same week that Barra announced he was leaving Xiaomi after three and a half years working for the Chinese electronics firm out of Beijing.

In a separate Facebook post, Barra described his time at Xiaomi as the “greatest and most challenging adventure of my life”, but said he wanted to be back home in Silicon Valley, closer to friends and family.

During his time at the company, Xiaomi launched its first US product – an Android TV set-top-box called the Mi Box that came out last year – and also made waves in the smartphone and TV space.

Barra joined Xiaomi after a five year stint at Google, where from 2010 he helped to develop the Android mobile operating system.

Last year, Facebook CEO Mark Zuckerberg predicted it will take “at least 10 years” for the virtual reality ecosystem to be built out, but said he is confident VR will be an important technology.

In an interview for Die Welt newspaper with Mathias Döpfner, the CEO of German media group Axel Springer, Zuckerberg likened the rollout of VR to the development of the smartphone and said “now is the time to invest”.