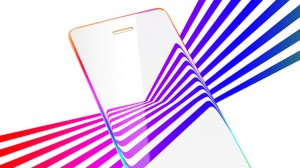 Sky has begun commercialising its new SIM-only mobile phone service, targeting users with a focus on the benefits of its ‘flexible’ data offering, whereby users pay a fixed monthly fee but can roll unused data over to subsequent months for up to three years.

To highlight the merits of its ‘Roll’ offering, Sky has commissioned some research that found that about 20 million UK smartphone users are currently buying more data than they need because they are afraid of incurring additional charges if they exceed their data allowance.

Sky claims that 72% of those buying more data than they need end up ‘losing’ about 1GB each month, with 21% saying they do not know how much data they have left at the end of each month.

When it unveiled the service in November, Sky claimed that UK consumers currently waste an estimated £2 billion a year on mobile data they don’t need.

With its own mobile offering, Sky is primarily targeting its existing TV customers, who do not have to pay for UK calls or texts with any Sky Mobile data plan.

Other features appealing to existing customers include the ability of Sky TV customers to synchronise Sky+ recordings with their phone to create a personal playlist of shows to watch wherever they happen to be.

“We’re excited that Sky Mobile goes on nationwide sale today, which is great news for UK consumers. Right now mobile contracts are inflexible and confusing and we all know people are buying more data than they need to avoid those extra charges. With Sky Mobile we’ve provided the solution, offering flexibility and great value so our customers’ unused data will be theirs to keep and they can create a plan that’s right for them, month to month. And there’s even more benefits for Sky TV customers with free UK calls and texts, plus the ability to sync with their Sky+ box,” said Stephen van Rooyen, chief executive of Sky UK and Ireland.