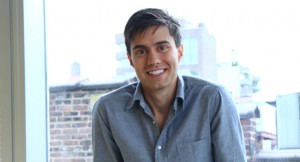 Facebook has reportedly started talks with TV studios and video producers about licensing shows, in a bid to bolster its video efforts.

The report claims that Facebook is in negotiations about securing scripted shows, game-shows and sports, and is keen to experiment with different formats rather than make Netflix-style big-budget bets on original series.

In a statement supplied to Recode, Van Veen said that Facebook is “exploring funding some seed video content” to help boost its new dedicated Video tab on the social network.

“Our goal is to kickstart an ecosystem of partner content for the tab, so we’re exploring funding some seed video content, including original and licensed scripted, unscripted, and sports content, that takes advantage of mobile and the social interaction unique to Facebook,” said Van Veen.

“Our goal is to show people what is possible on the platform and learn as we continue to work with video partners around the world.”

The news comes despite recent claims by Facebook’s head of global product marketing, Matthew Corbin, that the launch of Facebook Live had moved the social network away from a video strategy focused more heavily on licensing content.

Speaking at the OTTtv World Summit in London last month, Corbin said that a single engineer came up with the concept of Facebook Live as a “weekend hack”, but after internal data showed that Live produced a ‘hockey stick’ spike in consumption, Facebook focused its efforts there.

This effectively diverted Facebook’s focus away from developing a video strategy focused around “content acquisition and partnership” – something it had spent some nine months developing internally, said Corbin.

He added that Facebook is looking to drive “very relevant discovery” with its dedicated video section and compared this new Video Home section of Facebook to “channel surfing” for videos that are uploaded to the social network.