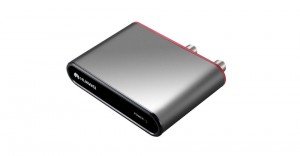 The global set-top box shipments are tipped to rise slightly year-on-year in 2016, with the STB market “continuing to defy predictions of its demise”, according to new research.

At year-end 2016, SNL Kagan is projecting global STB revenues to be US$16.4 billion, an annual decrease of 6% with high-volume set-tops continuing to experience declining average selling prices.

Looking ahead, SNL said it expects worldwide STB unit shipments to rise slightly to 275 million in 2017, but then decrease in 2018 and 2019.

Despite this, it predicted that demand for STB products will “remain robust for the next several years” with shipments still forecasted to exceed 261 million in 2020.

Technicolor finished third in total market share after seeing demand for its satellite boxes decline slightly during 2015. Arris ranked fourth according to the figures, which predated Arris’ acquisition of Pace, which closed in January 2016.