Channel 5 launches My5 on Chromecast 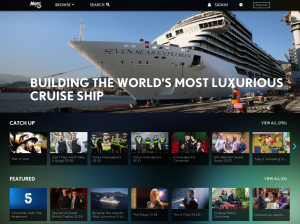 Viacom-owned UK free-to-air broadcaster Channel 5 has made its My5 video-on-demand service available on Google’s Chromecast devices.

The move will enable UK viewers with Chromecast dongles to stream My5 content from phones or tablets direct to their TVs.

Content from across the Channel 5 portfolio of channels – Channel 5, 5Star, 5USA and viacom’s recently launched male-focused service Spike – will be available via My5’s Chromecast app.

Channel 5 says that My5 has seen growth of 22% in VOD views year-on-year.

My5’s content line-up includes Celebrity Big Brother, The Yorkshire Vet and Gotham, to Lip Sync Battle UK, GPs: Behind Closed Doors and The X-Files. The broadcaster has also launched a series of My5 exclusives, including upcoming Australian relationship drama Wonderland which starts in January.

“Today’s announcement builds on My5’s position as the most widely distributed commercial broadcaster VOD service in the UK. Chromecast is a fantastic device and by utilising this technology to broaden out My5’s reach and availability, we’re giving our viewers even more choice and flexibility when it comes to their  favourite content,” said James Tatam, director of digital media and commercial development for Channel 5.

Edward Kenney, head of Chromecast partnerships, UK at Google said: “Channel 5 has built a great VOD offering, and with Google Chromecast, viewers can stream everything they love from My5 to the big screen, directly from their phone or tablet. Users will be delighted with the addition of My5 to the broad list of services already available on Chromecast.”