Vice Media teams up with Guardian 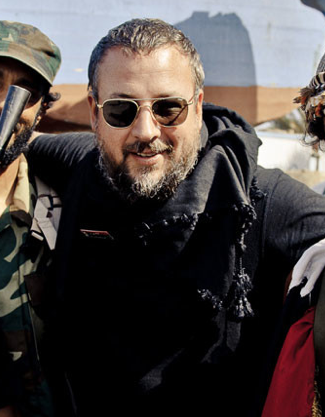 Vice Media has teamed up with the UK’s Guardian newspaper in a strategic partnership that will provide Vice with access to original investigative news reporting from a unit of dedicated Guardian journalists, and the Guardian with access to Vice’s video production skills, distribution platform and audience, according to the pair.

The partnership will include co-branded special reports that will air across Vice’s news offerings such as Vice News Tonight, Vice and HBO’s new nightly news programme, news magazine series Vice on HBO and Vice Specials, the hour-long documentary series for HBO.

The pair said they would also collaborate on the development of new video formats across genres and platforms, from informational TV shows to investigative mini-series and mobile-first media products, feature documentaries and virtual reality storytelling.

Vice News Tonight and Vice on HBO will be available to UK and Irish audiences on Viceland UK, available on Sky and Now TV.

“When I was a young man studying political science, my International Politics professor told me to get a Guardian subscription because it was ‘the best news in the world’. I have had one ever since. This partnership provides a test case for the way forward in multi-platform exploitation of content. And when that content is the foremost investigative news in the business it becomes even more imperative. Real, fact-based, trusted news has never been more important and this partnership, I am very excited to say, will provide just that,” said Shane Smith, co-founder and CEO, Vice Media.

Katharine Viner, editor-in-chief, Guardian News & Media, said: “Guardian journalism has never been more relevant or in demand. This partnership recognises the Guardian and Vice as pioneers in digital news and underscores our commitment to using video to open up our journalism in new and interesting ways.”