Spacecom ‘will be sold’ to Xinwei 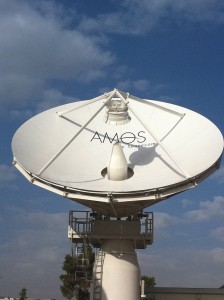 Chinese conglomerate Beijing Xinwei Technology Group is to go ahead with the purchase of Israel-based satellite operator Spacecom, but for less than previously anticipated, according to Israeli press.

Xinwei had previously agreed to purchase the operator of the Amos satellites for US$285 million (€253 million) and take on debt of ILS1.478 billion (€347 million).

According to the latest reports, the Chinese company will now acquire Spacecom for US$190 million, about a third less than the previously agreed price, but still about 50% higher than the operator’s current market capitalization.

Doubt had been cast on the acquisition when Spacecom’s Amos-6 satellite was destroyed on the launch-pad as its Space-X launcher exploded.

Under the agreement, which reportedly could face regulatory hurdles in Israel, Spacecom will be under the control of Israel-domiciled company Big Bird, led by a former head of the communications arm of the Israel Defence Force. The company is a wholly-owned subsidiary of Beijing Xinwei-owned, Luxembourg-based Luxembourg Space Telecommunications.

Xinwei is led, as chairman and CEO, by Chinese billionaire Wang Jing. The group is known to have close ties to Great Wall Industry, China’s main space industry group, and is involved in plans to launch a group of low-Earth orbit satellites to enable mobile communications in China following a move in 2014 by the Chinese State council to open the country’s telecommunication infrastructure to private investors. It has also reportedly been involved in satellite plans in a number of international markets, including in Latin America.