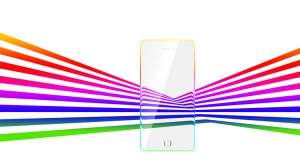 Sky has differentiated its SIM-only service by enabling mobile phone owners to keep their unused data for up to three years, to be redeemed when they like, with the flexibility to change their plan on a month-by-month basis.

The pay TV operator is also providing free UK calls and texts with any Sky Mobile plan, and the ability to sync customers’ phones with their Sky+ TV box.

According to Sky, UK consumers use on average less than half of the mobile data they buy every month, wasting an estimated £2 billion each year.

Sky’s service will not be bundled with its other products. It is offering four key features as part of its mobile offering.

‘Roll’, the key differentiating feature mentioned above, enables customers to roll over any unused data into their online bank of data each month, to use whenever they need for up to three years, according to the operator.

Sky is also highlighting ‘Mix’, meaning the ability of customers can create a plan that’s right for them, which they can change every month

‘Save’ indicates that Sky TV customers  will not have to pay for UK calls or texts with any Sky Mobile data plan, while ‘Sync’ highlights the ability of Sky customers to use their mobiles to create their personal playlists of favourite shows, synced from their Sky box at home, to watch wherever they are.

Sky said that pre-registrations for Sky Mobile have already reached over 46,000. Sales for Sky Mobile SIM only contracts start in mid-December to existing customers and those who have pre-registered. A full market launch will begin in the New Year. Later in 2017, Sky Mobile will expand its offering to include top-line handsets from Apple and Samsung, as well as from other providers to be confirmed nearer the time.

Stephen van Rooyen, UK and Ireland Chief Executive, said: “We felt it was time to shake up the mobile market and give customers a completely new way to manage their mobile plan – something no one else is offering. We’ve designed it based on what people told us they want – it’s easy, flexible and transparent and it puts the customer in control. With £2 billion being wasted each year on unused data in the UK, Sky Mobile customers will only pay for what they use. Plus we’re giving Sky TV customers a fantastic offer which will allow them to get even more value from their subscriptions. It’s time for people to have a smart new way to manage their mobile contract.”

Not all observers were impressed by Sky’s foray into mobile, and in particular with the lack of any element of a convergent play involving its core content business.

“Overall, we are somewhat underwhelmed with Sky’s mobile offer. We feel that Sky has missed a trick by not placing greater focus on its biggest asset, content. Mobile network operators will breathe a sigh of relief given that Sky has decided not to go down the route of giving mobile away. There is a still a significant opportunity for the company to cross sell mobile into its existing core pay TV base; as it has successfully achieved with fixed line broadband. Our own multiplay survey data shows that Sky is a brand households trust. Those on a contract with a rival provider may still find it cheaper moving to Sky and there are potentially significant savings for other household members who want to sign up to Sky Mobile. Some of its features such as rolling unused data for up to three years will certainly resonate with its households,” said Paolo Pescatore, director of multiplay and media at CCS Insight.

“We feel that for now, rival mobile network providers will not be overly concerned by this latest move. Sky is targeting its existing customer base and is taking a phased approach to rolling out its mobile service. We expect Sky to offer more features, offer devices as a bundle and most likely greater synergies with its TV services. We also expect it to make its mobile offer more attractive to non Sky TV subscribers and that is when we believe that Sky Mobile will be a force to be reckoned with.”