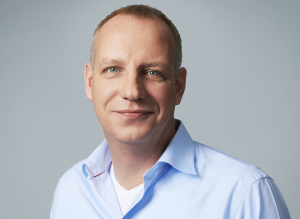 Turner has tasked Aksel van der Wal will establishing a new division that will focus on international digital innovation.

Van der Wal is currently senior VP and CFO of Turner International, but has been promoted to executive VP, digital ventures and innovation, effective January 1, 2017.

Officially, the new unit will focus on “driving profitable growth through international consumer-centric initiatives, including all of Turner’s international multi-platform suite of digital properties and its direct-to-consumer product strategy”.

Van der Wal will work closely with Turner International’s presidents, and will work to create new D2C businesses, and will identify areas and opportunities for Turner.

Van der Wal, meanwhile, will report to Zeiler, who said: “As our industry undergoes huge evolution, the impact of digital disruption and changing consumer behaviour continues to put audience insight right at the heart of our business strategy.

“This new division will ensure that we assess new opportunities for innovation, development and acquisition through the lens of relevant, robust consumer data and through a realigned, agile organisational structure.

“Aksel’s experience in transformative management, his first-class understanding of both the linear and digital media landscapes, and his detailed knowledge of Turner’s international operation, all combine to make him a superb fit for this new role.”

Turner parent Time Warner is currently in the process of selling to US telco AT&T in a US$85.4 billion deal.