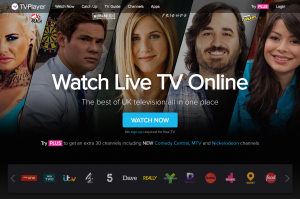 TVPlayer, an over-the-top service that lets viewers stream live TV to a range of devices, said it will use the funds to further develop the content offering and expand distribution of the service in the UK.

Existing investors, including venture capital firm Beringea, also invested alongside A+E Networks and as part of the transaction, TVPlayer has de-merged from its parent company Simplestream and will now operate as a standalone company with dedicated management, marketing and technology teams.

Founder Adam Smith, and co-founders Lewis Arthur and Dan Finch continue to hold a “significant stake” in the business and will work alongside a new, yet-to-be announced management team.

At the same time TVPlayer said that A+E Networks’ Blaze network, which launched on Freeview in the UK last month, will be available as part of its free-to-air package.

“We are very excited about the investment and the backing it provides operationally and financially for the expansion of TVPlayer,” said Smith. “With our investors’ support, we look forward to focusing on our efforts on customer acquisition and subscriber growth.”

TVPlayer offers over 60 free-to-air channels to stream on an ad-supported basis, while a £4.99 per-month premium option allows users to watch an additional 30 pay channels and premium catch-up content.