Viceland launches in UK on Sky and Now TV 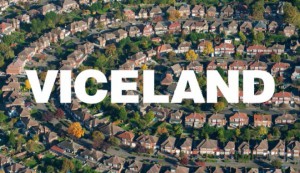 Viceland, the new linear TV channel from Vice Media, has launched in the UK on Sky’s pay TV platform and its Now TV OTT TV service.

The channel, helmed by Hollywood director and producer Spike Jonze, will be available 24 hours a day, with a diet of lifestyle and entertainment programming aimed at a young adult audience.

Launch programmes include The Viceland Census, a new 90-minute one-off documentary which claims to unveil the attitudes and beliefs of young people in the UK.

Viceland is available on Sky’s basic package as well as via the Sky Go mobile TV service. It is also offered as part of the Now TV entertainment pass on the Now TV service.

Sky and Now TV customers will also have exclusive on-demand access to the first episode of selected Viceland series, 24 hours ahead of the first live airing.

Alex Miller, creative director, Viceland said: “This is a new TV channel with a personality and a point of view. We want this channel to feel like it came from real people who really care, and we want it to feel special to viewers who watch it. We can’t wait for people to tune in.”