Layer3 to take on US pay TV giants 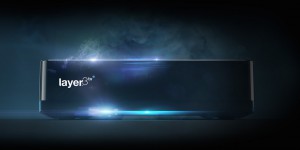 A new player is entering the US pay TV market and attempting to rival the cable giants with a service that includes a raft of channels and content from the industry’s biggest players.

Layer3 describes itself as a next generation cable service and will offer a full suite of channels, eschewing the skinny bundle model that many operators are moving towards.

Its entry-level package will include 200 HD channels, more, it says than any other operator offers in its basic tier.

Subs will be able to supplement the basic package with sports, movies, music and Spanish-language add-ons. It also said it will add unspecified OTT services to the line-up later in the year.

Layer3 has backing of almost US$100 million from private equity firm TPG and talent agency CAA. It’s customers will need a proprietary set-top and content delivered via networks owned and leased by the company.

The first launch will, according to Wired, be in Chicago, with prices ranging from US$80-150.

“The industry’s universal support for innovation has been astounding, resulting in our launch of an entry level offer that includes virtually every channel, and a package that includes the best and most comprehensive collection of the top 50 Nielsen-rated cable and broadcast channels,” said Layer3 TV’s Chief Content Officer Lindsay Gardner.”

Channel partners include Disney, ESPN, Scripps and Viacom, several of whom expressed their support for Layer 3.

Viacom’s  executive VP of content distribution Denise Denson  said: “Viacom’s audiences are among the most engaged and the most mobile, a perfect match with Layer3 TV’s commitment to offering a high-end, multiplatform, consumer-friendly package of programming.  We are pleased to be providing our full portfolio of networks to Layer3 TV and its customers.”