NextVR raises US$80 million funding round 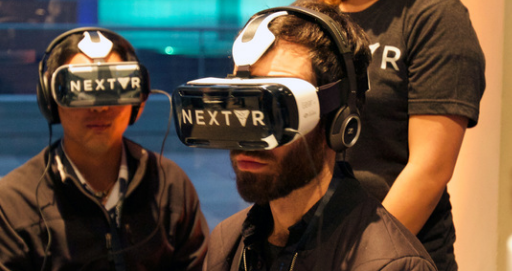 Virtual reality broadcast specialist, NextVR, has raised US$80 million (€72 million) in Series B funding, which it said will help to expand its global footprint.

With the new financing, NextVR said that it will accelerate development of its virtual reality platform and international operations.

The company, which specialises in streaming live VR content, said that it plans to deliver “considerably more live entertainment” to consumers – including concerts, sports and other performances.

The majority of the Series B funding came from Asian investors involved in the entertainment, content and technology markets, as well as new US investors.

All the backers from NextVR’s previous US$30.5 million Series A round, announced in November of 2015, also participated in the new round – including Time Warner Investments, Comcast Ventures and Formation Group.

“With this new funding, we will continue to build NextVR’s virtual reality platform to meet the needs of the world’s largest fan bases around live sports and music content,” said NextVR executive chairman, Brad Allen.

“Having the support of Asia’s biggest players provides us with significant resources for creating and distributing both local and international content in China, Korea, and Japan.”

Time Warner Investments managing director and NextVR board observer, Scott Levine, said: “NextVR continues to revolutionise how live virtual reality content will be created and delivered. Consumers are excited about the technology and NextVR’s platform is clearly the leader in this emerging space.”