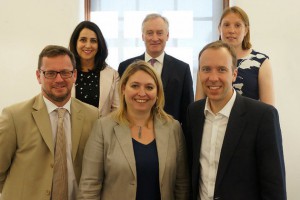 DCMS has named a number of new ministers, following the appointment of culture secretary, Karen Bradley, and of minister of state for digital policy, Matt Hancock.

Lord Ashton of Hyde is now the Department for Culture, Media and Sport’s (DCMS’) parliamentary under secretary of state and will represent DCMS in the House of Lords.

Rob Wilson MP is joining DCMS as minister for civil society. He will continue to cover charities and civil society policy areas, which have moved from Cabinet Office to the department. He will also be responsible for libraries policy.

Meanwhile Baroness Shields will continue her joint role with DCMS and the Home Office as parliamentary under secretary of state for internet safety and security.

Bradley was named culture secretary last week during Theresa May’s first full day as prime minister, as part of a broad cabinet shake-up that resulted in a number of senior ministers being replaced. She took over the role from John Whittingdale.