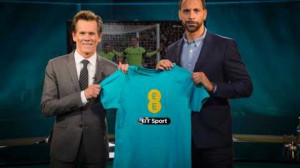 EE mobile customers will be able to access BT Sport for free for six months, in the “first of a series of BT benefits” that will be made available to EE customers.

The BT Sports App will be available for new and existing EE pay-monthly customers, with the move following BT’s £12.5 billion (€16.7 billion) buyout of the UK mobile operator EE, which closed in January.

From July 27, EE customers on consumer and small business pay-monthly handset, tablet and SIM-only plans will be able to access all the BT Sport channels on their smartphone or tablet – over 4G or WiFi.

The agreement marks the first time that a BT service will be promoted through EE’s retail stores across the UK, with the sports app to be available for free for the first six months and then as a 30-day rolling add-on that costs £5 per-month.

“Our customers have been telling us for a long time that they are watching more and more sport on the go, and this summer’s European Championship football tournament has driven traffic peaks that we’ve never seen before,” said EE CEO, Marc Allera.

“Now, as part of BT Group, we are able to offer customers the chance to watch the very best in live domestic and European sport when out and about.”

Through the BT Sport App, EE customers will have access to the full line-up of BT Sport channels – BT Sport 1, BT Sport 2, BT Sport Europe and ESPN on BT Sport – and will be able to watch Champions League, Europa League and Premier League football, as well as Aviva Premiership rugby, UFC fighting and more.

EE claims that its 4G network covers more than 60% of the geography of the UK and has committed to expanding 4G coverage to reach 95% of the UK landmass by 2020.