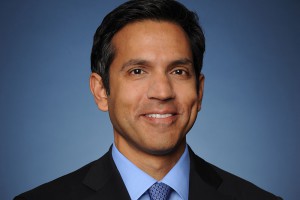 Fox Networks Group’s (FNG’s) long-standing chief finance officer (CFO), Del Mayberry, is due to step down after more than 30 years at the company.

Paying tribute to Mayberry’s work with the company, FNG CEO Peter Rice said that the outgoing executive had “played an integral role in driving the success of Fox Networks Group” and “contributed to the incredible growth of FNG’s television brands at a time of exponential global expansion.”

Mayberry joined Fox in 1983 and after moving up through the company was promoted to executive vice-president and chief financial officer for the Fox Networks Group in 2002.

Ahuja meanwhile joined Fox in 2007 from Virgin Entertainment Group where he was Chief Financial Officer. He is currently on the boards of Roku and YES Network and has also served on the LA Mayor’s Council on innovation and industry.

“During a time of real transformation in the television business, Ravi has demonstrated extraordinary strategic insight on the many opportunities we have explored,” said Rice.

“He has shepherded much of our successful M&A activity, especially in the non-linear space, and he is an ideal fit for this position.”